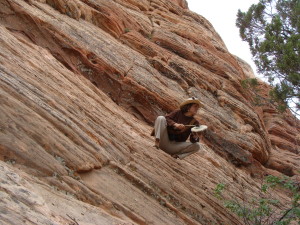 The stories included in this archive have been written, recorded and edited by Quynn Red Mountain over the last 16 years.

Quynn has always been a poet and writer.  During the summers of 2000-2010 she traveled and lived out of her van, with no electricity or running water, on the public lands of the western United States.  So many places, animals, plants and experiences taught her about the Web of Life that she felt compelled to record the stories she heard in her head and share them with whoever might be interested.

Some of these stories were aired on the community radio station KXCI in Tucson, AZ.  Some were made into videos and aired on Access Tucson TV, and are still in YouTube at QuynnFynn or EarthWebMedia. Others were created and have never been heard by anyone but Quynn. Enjoy!  Hear her poems HERE.

Below is a playlist of videos created by Quynn at YouTube/Quynn RedMountain .